You all know W is for win, or, at least we do now… I mean, I am not a sports fan, but I do love an underdog.

Here in this house, we are all just hoping that the Chicago Cubs can pull it off tonight. One final game that changes the lives of generations of fans. I can’t even imagine.

Maybe the Redsox fans can…they even created an amazing movie based on how that team took some serious steps toward to their first World Series win after nearly 9 decades.

Last night’s game was amazing. I was so excited for them and I don’t even live remotely close to Chicago. My aunt and her family live “there”; ever since they moved within an hour of the mid-west city and we visited 2000 I’ve hoped for the Cubs to win.

I have always known that V is for Victory…Now I know that W is for win. It’s my cousin’s birthday, today and I don’t have any idea what he’d rather have for his 24th birthday than a World Series win for the Chicago Cubs. In my mind, he will always be saying it in his adorable voice – as we all have at age 7 or 8 – saying “Come on Cubbies”! 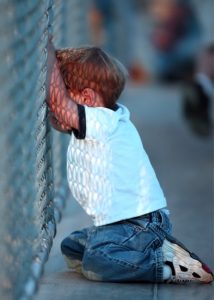