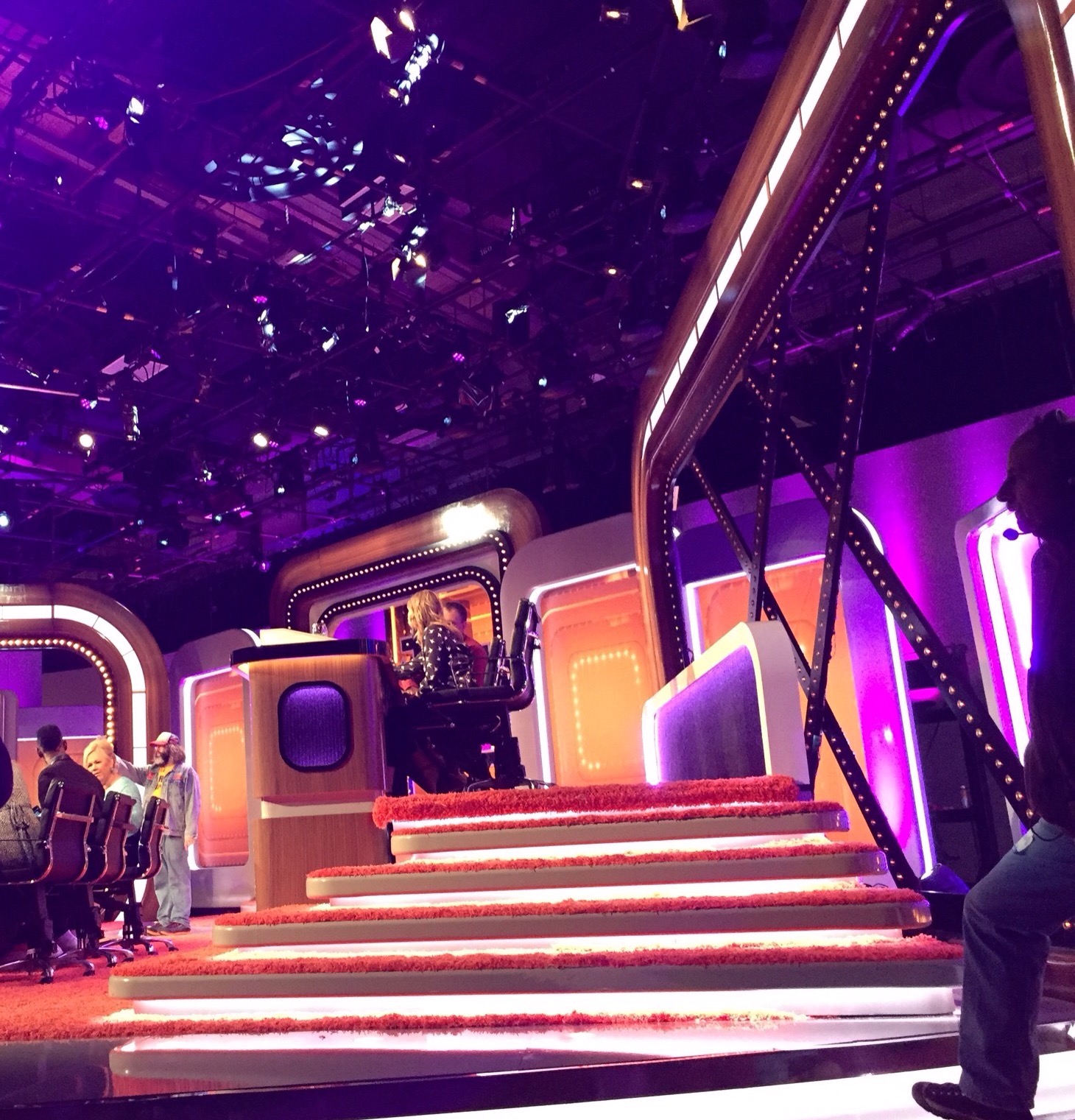 I happened to be invited to NYC for a taping of the new ABC Match Game today. We waited for just a bit before being separated, 12 by 12 and ushered into the elevators. Security is sure to warn you as you walk in behind the bleachers…and up into the inner sanctum of the studio:

“Watch your step!”
Three people behind me tripped…and laughed at themselves. I guess they were too excited to get into see the set and get a glimpse of Alec Baldwin, the host and producer of the show.
Some of them, not exactly realizing what they were getting into; disappointed by the show. It’s a bit raucous and definitely racy, with much of the dialog being bleeped or, as we saw, re-taped to meet the FCC standards. (Yes, that includes replacing the answer cards when they were taped with the very wrong, and not-allowed-to-be-said-on-air vocab.)
The in-show comedian warned us about words that he, even with all of his power, would not be able to stop them from saying…or gesturing, or implying via innuendo. Apparently, however, the censors are not in the lobby. And, yes, we, as the audience had our own leader-slash-comedian; he was in addition to the 6 celebrity guests and the attention seeking host.

You are probably thinking, that’s a lot of ego and applause seeking folks to have in one room. Well, it was a big room and they keep the celebs buzzed throughout the day of taping to keep their witty banter just high enough to make us laugh but save the real zinger opportunities for (sober?) Alec.

So, if you happen to not be watching football some chilly winter Sunday night, tune in to see the new ABC game show. You won’t see us on screen, but you might just hear us booing or applauding the answers. Oh, its on at 10PM on Sundays – put the kids to bed first – or suffer the consequences. You have been warned. 😉

PS FCC is a lot more lackadaisical compared to the original Match Game show where the worst thing you could say was “whoopie”.

PPS I think I was more impressed by the whole process by which the show is created, Judy Greer – who makes fun of herself, the 5 foot nothin’ camera woman and her grip who just wanted to get home to get some rest before coming back tomorrow – only after giving us a pretty decent recommendation for dinner. Thanks dude – whoever you are.