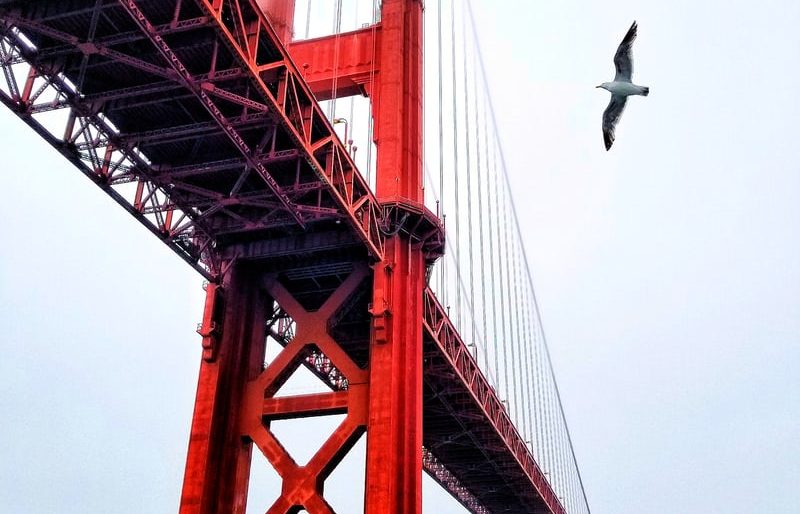 I can definitely say more than Go Red! for this year’s Super Bowl game, but that works, too.

As an inactive watcher of the sport, I don’t have too many players or even teams that I follow.

That said, if I could spend a day, a week or a month, or more, in either city it would have to be San Francisco. Even if I didn’t have friends who live there, but seeing them would be a definite bonus.

I think this eagle (or seagull…as it probably is) would agree.

I don’t think I can say the same for the Eagles…in fact, the general sentiment here is to stick with Andy Reid. The grocery stores even voted by offering up KC balloons for sale with nothing from the 49ers.

Either way, may the best team win. I guess, I am committed as the best way to stay neutral – even though I am not – Go Red!

PS In a month or two, when it is Gym Night, I will have to go back to saying “Go Blue Team!”