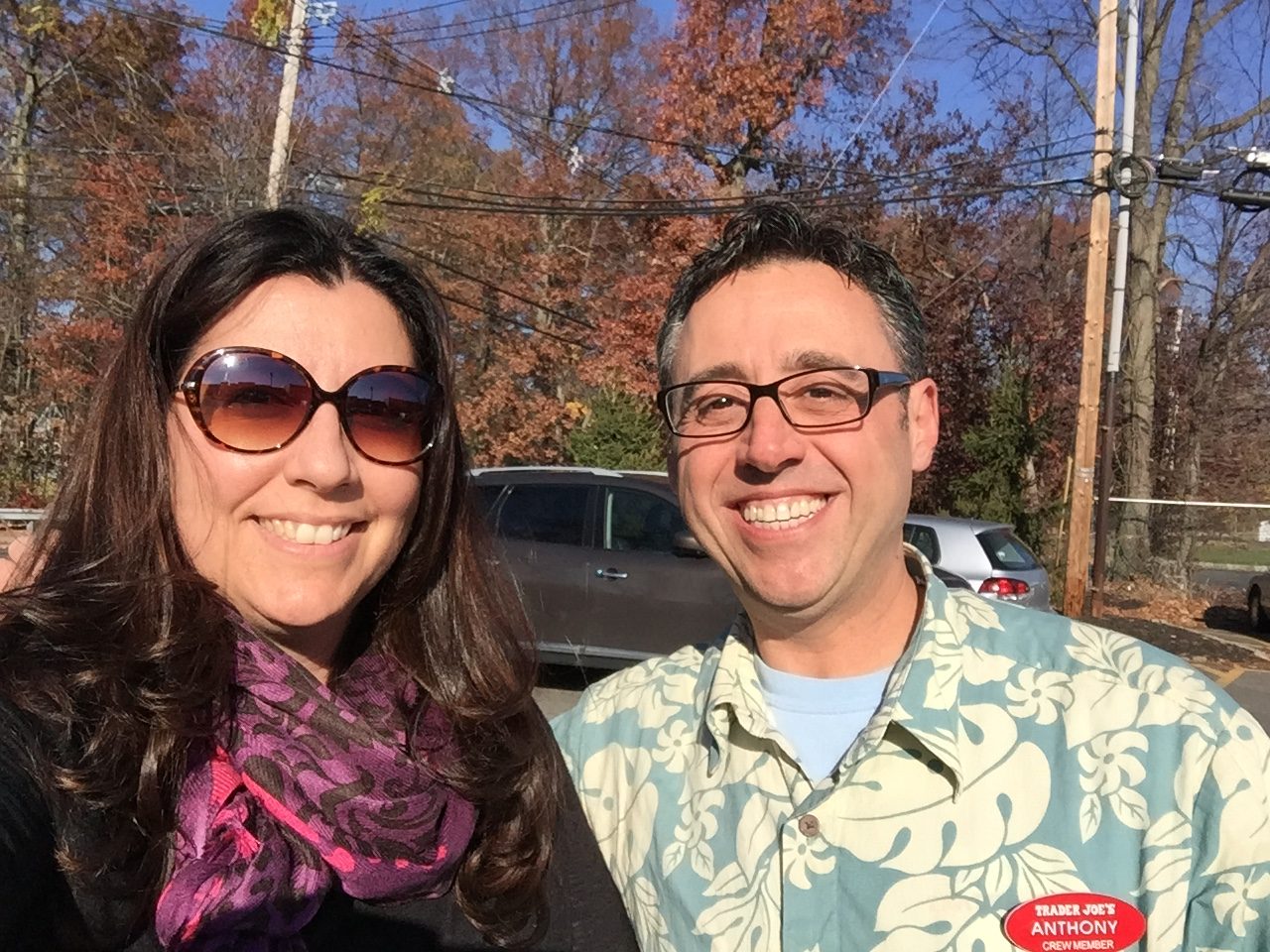 There is nothing better that a company can do than making work fun for it’s employees. I don’t think I have ever – except maybe at Disney World – seen so many happy smiling people in a retail store.

Certainly never in a grocery store.

For all of you who already know what I am going to say, kudos to you for being far and away ahead of me.

Today was the very first time I was ever in a Trader Joe’s. Yes. Ever.

I was staring in overwhelming delight at the wide variety of options on display. The person I thought was buying up the last 6 boxes of pumpkin seed brittle was actually an employee, perhaps a manager; I am actually not sure. (He certainly acted more like a manager than I’ve ever seen a grocery store employee behaving.)

He caught me looking in awe and thought I was eyeing up the chocolate bar that is as large as a Monopoly game box. When I laughed and said, “No, I’m just a bit overwhelmed. This is my first visit to Trader Joe’s.” He stopped. He put everything back.

He then turned to me, clapping and gave me an even more overwhelming welcome PLUS a hug (after asking if it was OK) and then ran off telling me he was going to get me a gift. We chatted for a bit and then he ended up following me through the store, weaving in and out among the pre-Thanksgiving Day shoppers.  (He was actually re-merchandising the aforementioned  brittle exactly where I was going to find my sister.)

It felt a bit like that scene in As Good As It Gets when Helen Hunt is followed by the waiter with her cocktail at the restaurant on the date with Jack Nicholson’s character.

I turned to look over my shoulder and he promised that he wasn’t being a creepy stalker…but laughed at himself even. It was funny and not a bit weird…any other store in the world, it would have been both creepy and weird, but here, it just FIT the atmosphere and the palpable energy of everything else going on.

My sister was the reason we were there; she had asked me to stop for a minute since we were within a 10 minutes drive from the location closest to our parents’ house today. I told her I had never shopped there before;  we ended up spending over an hour. Of course, I’ve been curious, but not willing to drive 30+ minutes to get to one of the two closest locations near our home.

I don’t have children with allergies, I have access to farmers markets and organic veggies, non-GMO meats and breads. I receive special boxes via home delivery for a lot of food that we eat.

The reason just didn’t exist for me to go there, until now.

Anthony – “please just call me Tony, every one does…” and his positive, energetic, helpful, excited attitude was consistent with that of every other employee I saw in the store. I do not know if it was the company’s mission per se, to create such a welcoming attitude and atmosphere, but the employees themselves have done an amazing job of making work fun. Oh, and about that gift? A fun to read, but better to use, grocery tote. Many thanks Tony, you and TJ’s changed my life today.