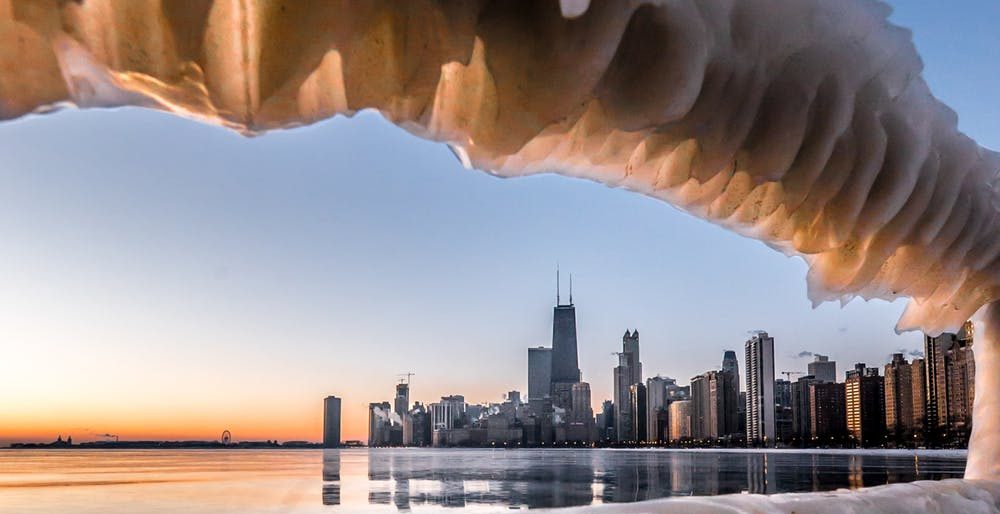 It could be colder in the city, but not this year. Usually, it is warmer than the suburbs.

Just not enough for this winter because it is colder in the city than ever before…Luckily, they chose a southern city for the big football game, and not Chicago. Even in Atlanta this weekend, I bet it is colder than people thought it would be when they booked their travel. Still, stay away from the water’s edge. We saw frozen waterfalls today – one solid, beautiful scene – even though it is too cold for sightseeing unless you’re in a nice warm car, and far, far east of Chicago.