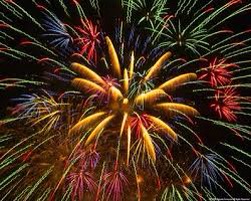 There are many things that could say that they are 241 years old…America is one of them.

Most of them are older. Less or more stable – depending on your view point. They can also be a nice place to visit.

For example, the house we stayed in when we visited Paris was not around in the 1700s. Built after the American Revolution, it even missed the French Revolution…but the view. Far better than that from our home, which is about as old as that one.

Both buildings, renovated several times since then. Added to the structure, in one way or another an elevator (the Paris apartment – not our house,) running water, electricity and a bunch of newer, more energy efficient (aka less breezy) windows. Oh and our house has solar panels, too – the apartment does not – not at least according to Google images it does not.

All of that said, I doubt that any of the founding fathers all those years ago, just 24.1 miles away from where we live now thought that anyone would be thinking of this and celebrating the way we will on July 4th, 2017.

They thought even less likely of things like elevators, running water, electricity to light our homes and power our computers on which we can surf the internet…and buy fireworks – to mimic the wars and the fights they had to make our country what it is today. Free. Separate. Unique.

241 years ago is a long time, lots of good and bad things have happened. One thing stays the same. We love where we live, we are proud to be Americans and we look to other countries to be reminded of how good we really do have it.  Not just for today, but for yesterday and hopefully for our tomorrows – for at least another couple of hundred years. Let’s see what we can do to make them proud and keep up with their traditions even if it is just a little bit different than way back then in 1776.